In January I promised to Write More, Blog More.

As you can see I’ve failed to fulfill that commitment.

However I have been busy writing, traveling, appearing at conventions, and getting back into the work of living.

There is an all absorbing darkness in grief that hides the light of the life left behind. The path toward the light, like a drowning victim’s struggle toward the surface, is fraught with fear and pain. Fortunately the chances of survival are greater.

My first glimpses of light peeked over the horizon the last week of March with ten, almost always, sunny days in Daytona Beach.  I didn’t have as much time on the sand by the sea as I wanted. I love the ocean so much that I ventured to the beach during a thunderstorm severe enough beach patrol turned visitors away. 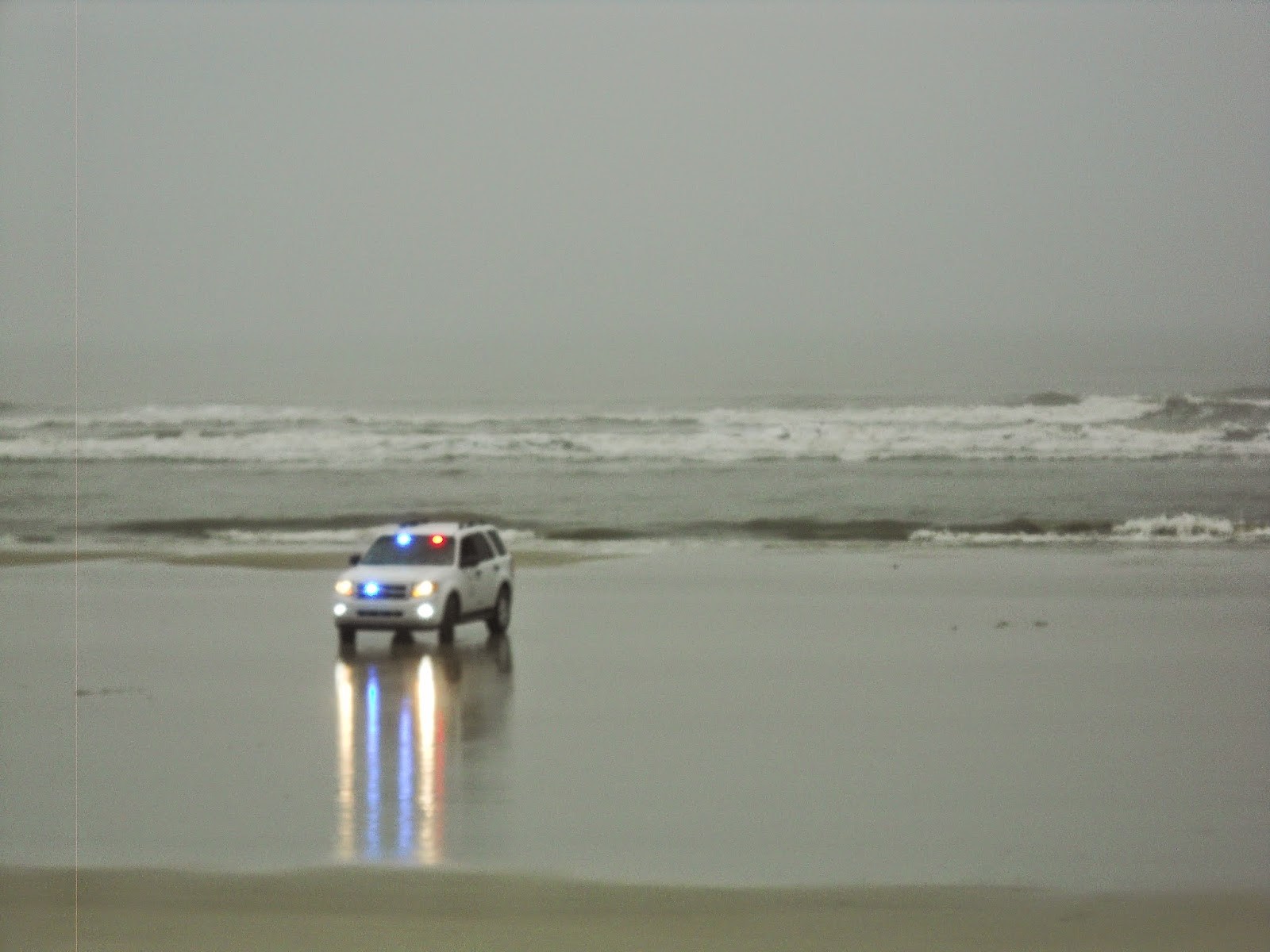 I even managed to squeeze in a trip to NASA. 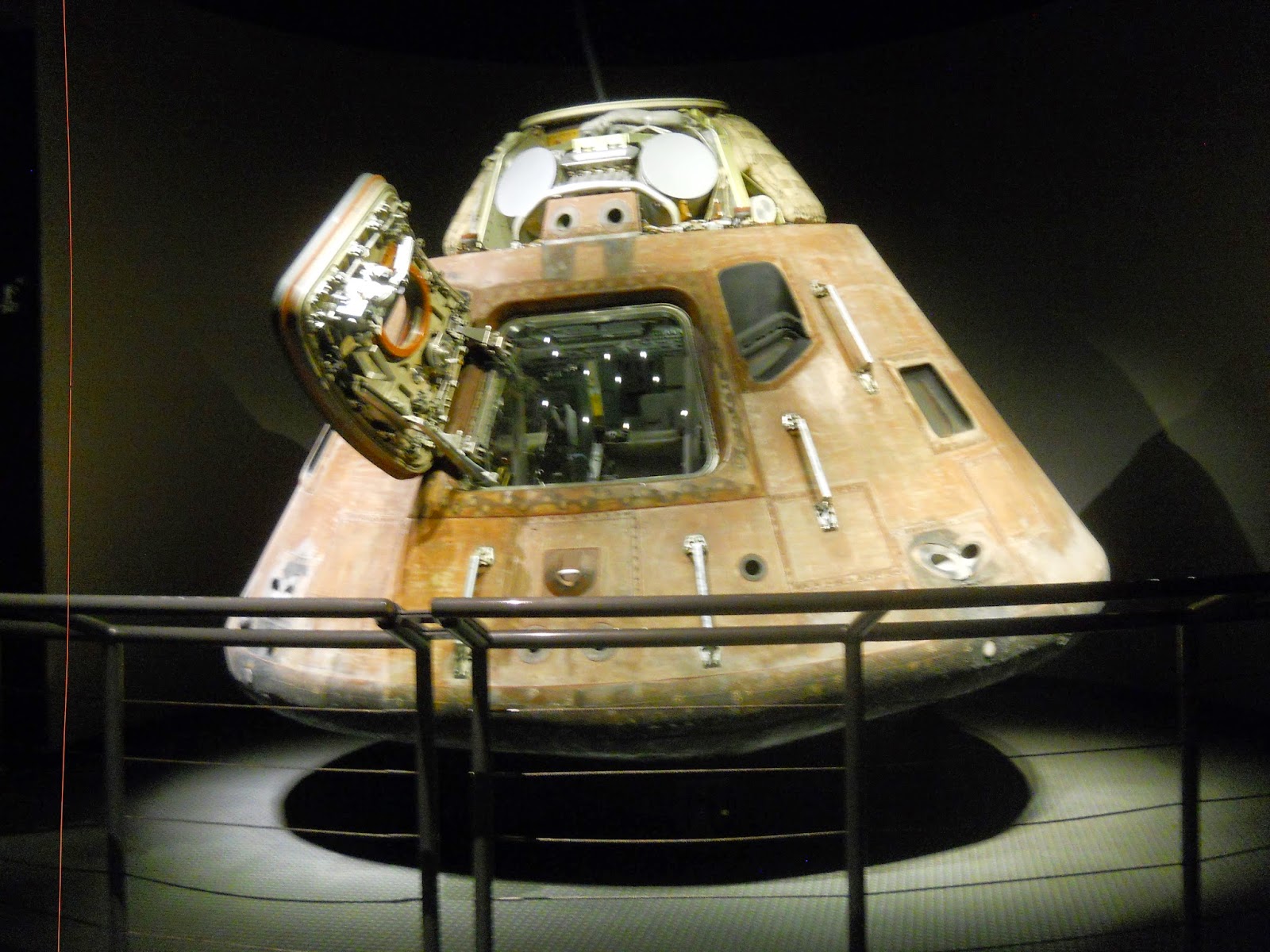 Back in Oklahoma I devoted April to polishing entries for the OWFI Conference, in Oklahoma City, the first weekend of May. I contemplated skipping this year because BFF’s Lisa Willis and Dion Mayes Burnett weren’t going to be able to make it. Though I missed them, and didn’t get into nearly as much trouble without them, I still enjoyed the Conference thanks to the presence of a couple of Rose Rock wRiters, and several Norman Galaxy of Writers.

Debra Chandler and I stirred the pot enough to make it an exciting conference. Not only was I a Judge for the contest, I also volunteered to be a Shepherd. They paired me with the tremendously talented ChristineTaylor Butler.  I couldn’t have asked for a better match.

A few weeks after OWFI we took a trip to Austin, Texas. We visited the Austin Aquarium. Miss Rhylee and I fell in love with the sleek stingrays. They are amazingly gentle creatures willing to eat right out of your hand. Thankfully they do not have teeth because they will latch onto your fingers and suckle like newborns. We tried to sneak a couple of the smaller creatures out under our soaked tee-shirts. Being accompanied by my leveled headed attorney, aka baby sister, may have been the only thing that prevented me and the juvenile from becoming thieving delinquents. 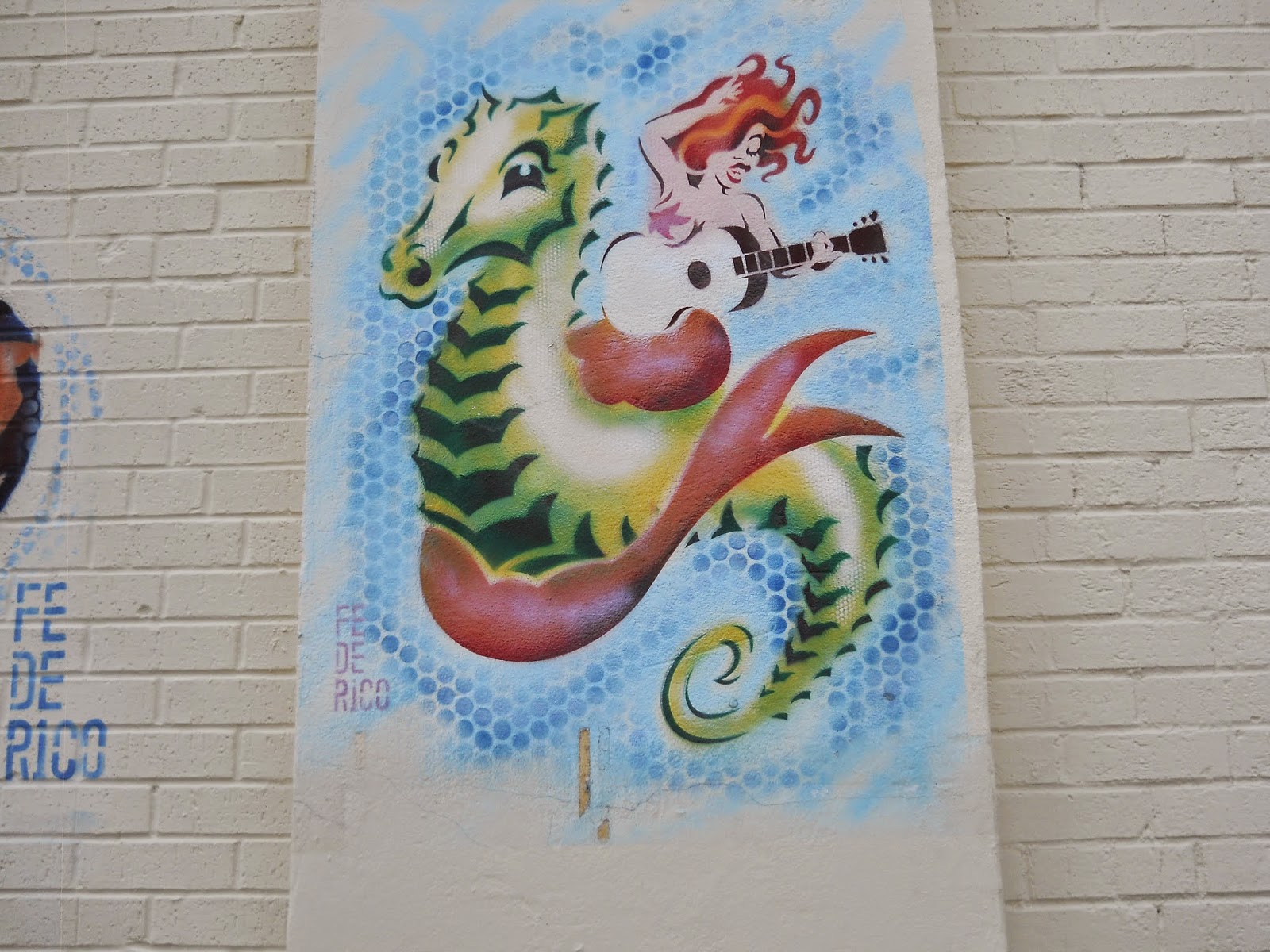 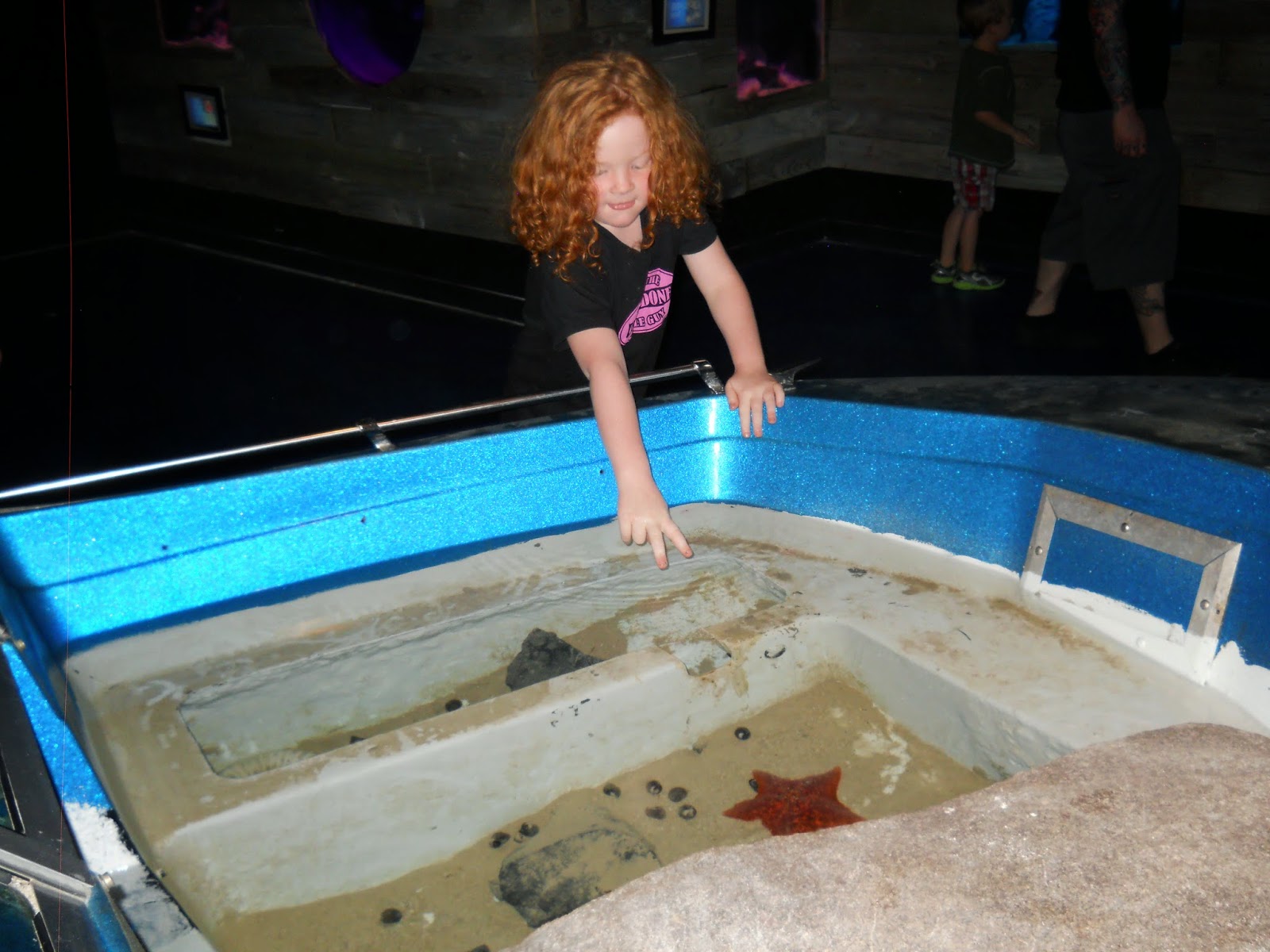 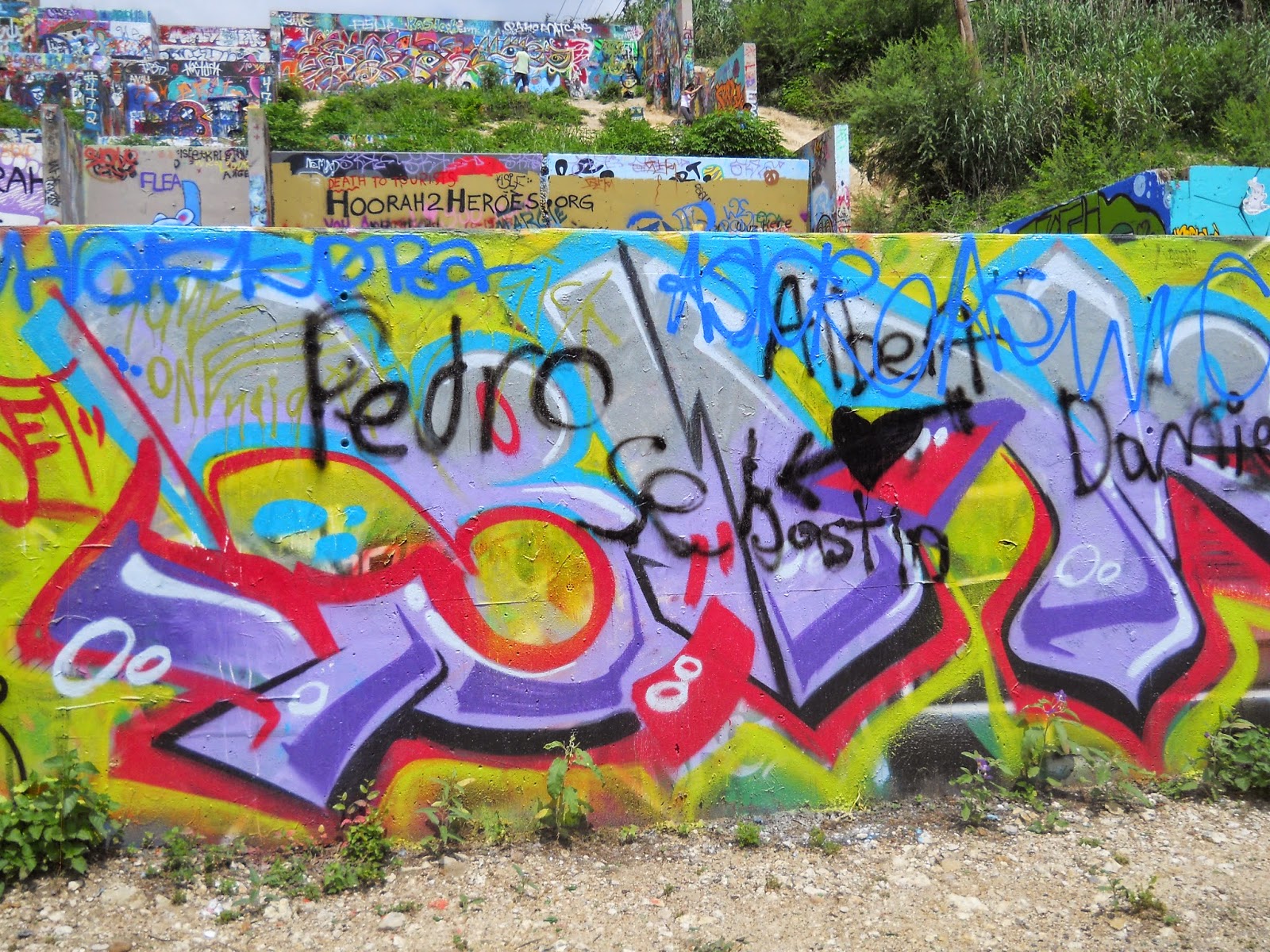 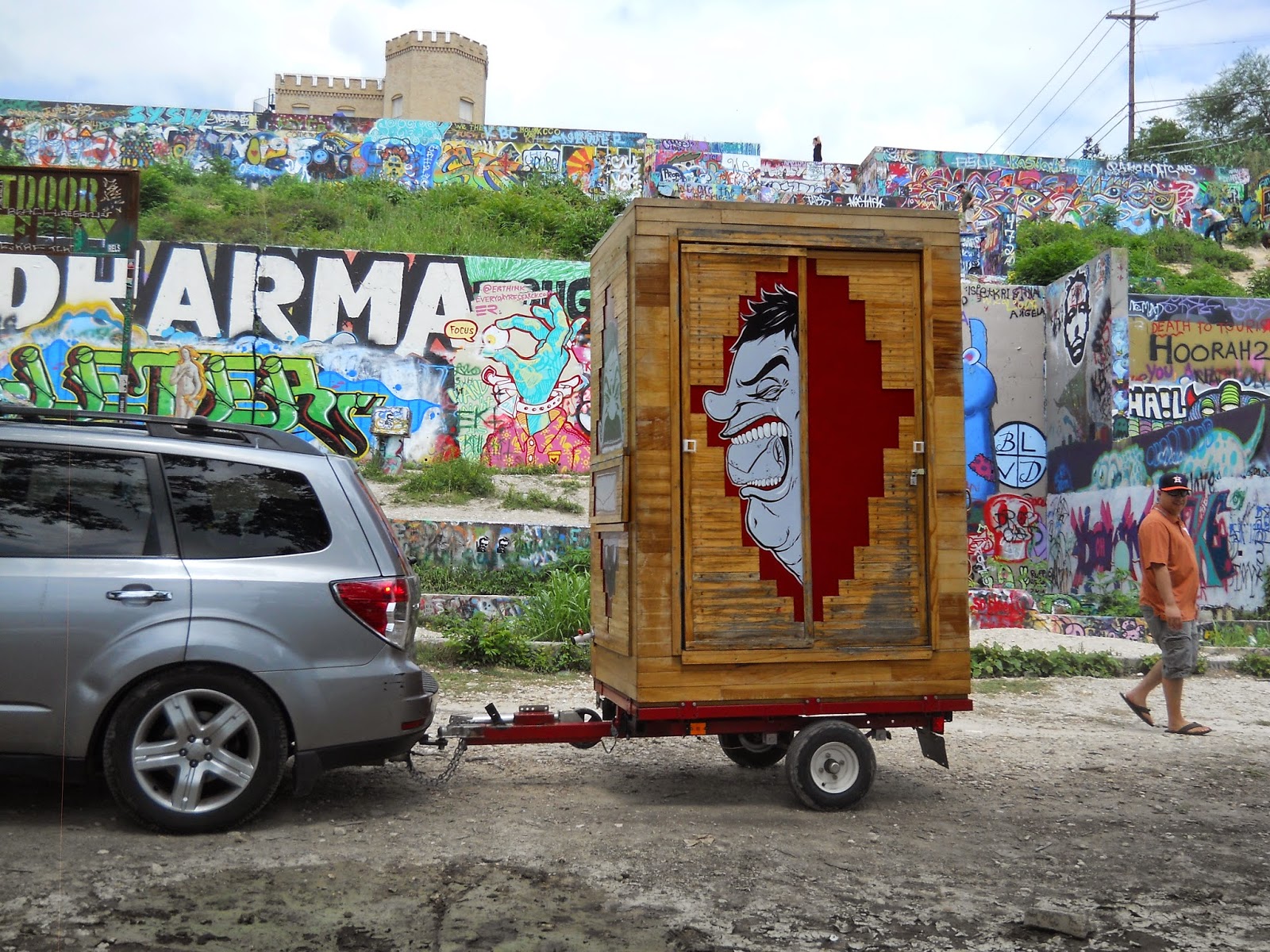 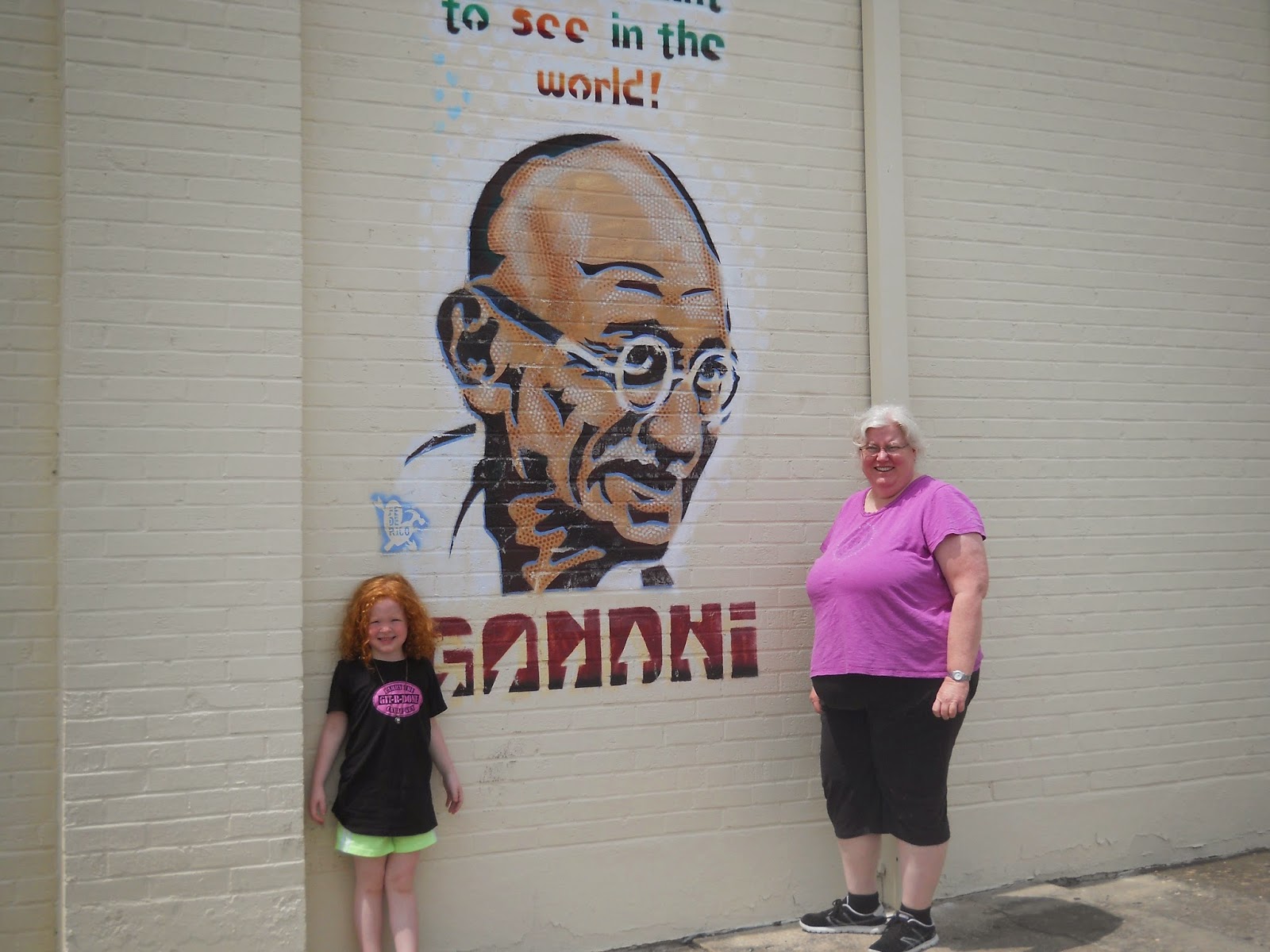 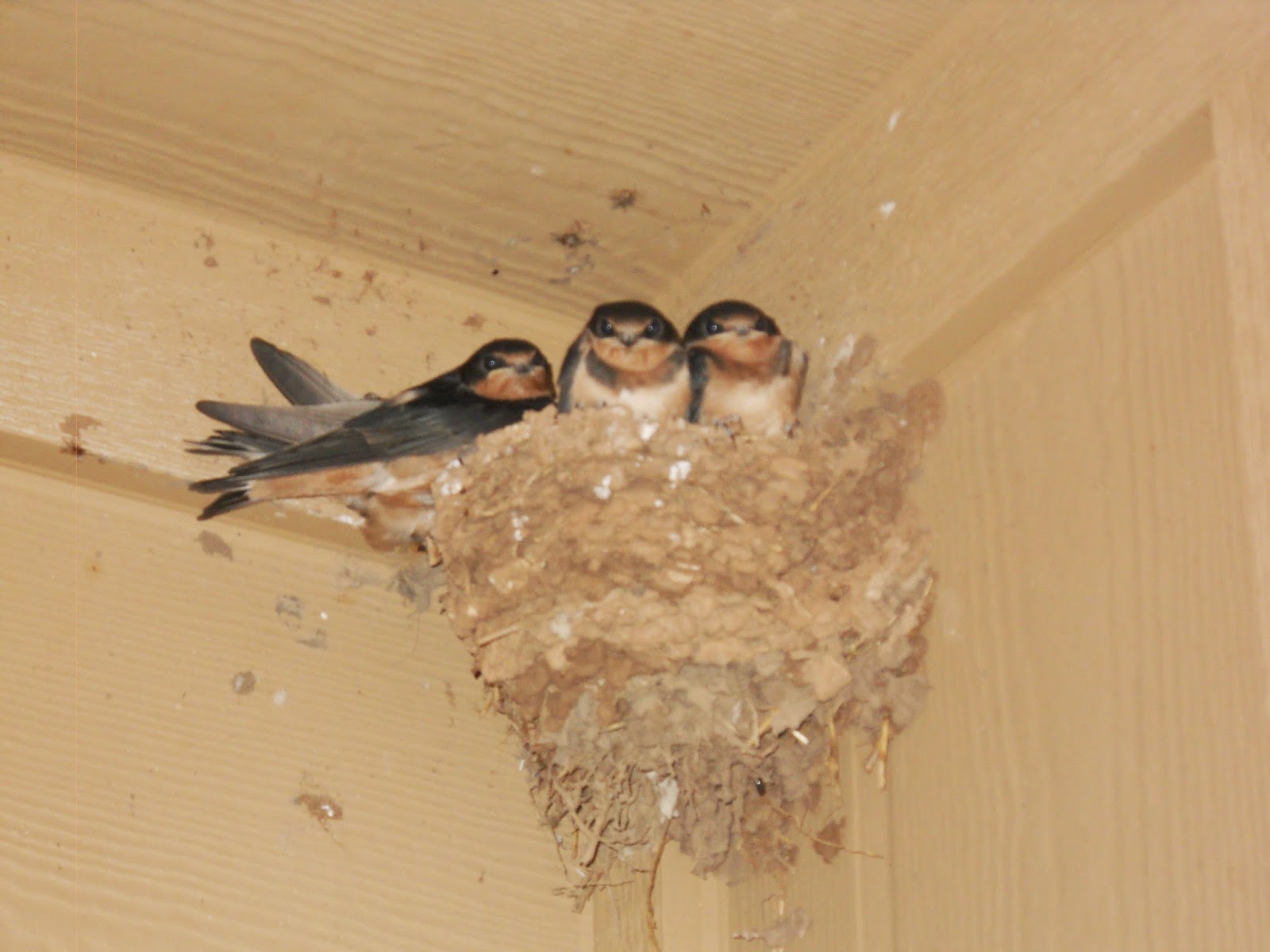 I could live in Austin. The movie making industry is thriving there. I planned to enter a teleplay in the Austin Film Festival Contest this year but didn’t get the script finished on time. Maybe next year. The awards are well worth the entry fees. Anyone interested in writing scripts for film or television should consider entering AFF’s contest.  http://www.austinfilmfestival.com/submit/screenplayandteleplay

While in Austin my car ignition locked up and I could not turn off the engine. Since the problem was due to a recalled part that would take weeks to receive, I drove home, dropped the car off at the local repair shop, acquired a rental car, and drove straight to Arkansas for ConDome. Selina Rosen and Lynn Stranathan-Rosen, owners of Yard DogPress, tied the knot in a civil ceremony last year but they had a big, fancy, Jewish wedding during the annual company conference. Way to multitask Selina. 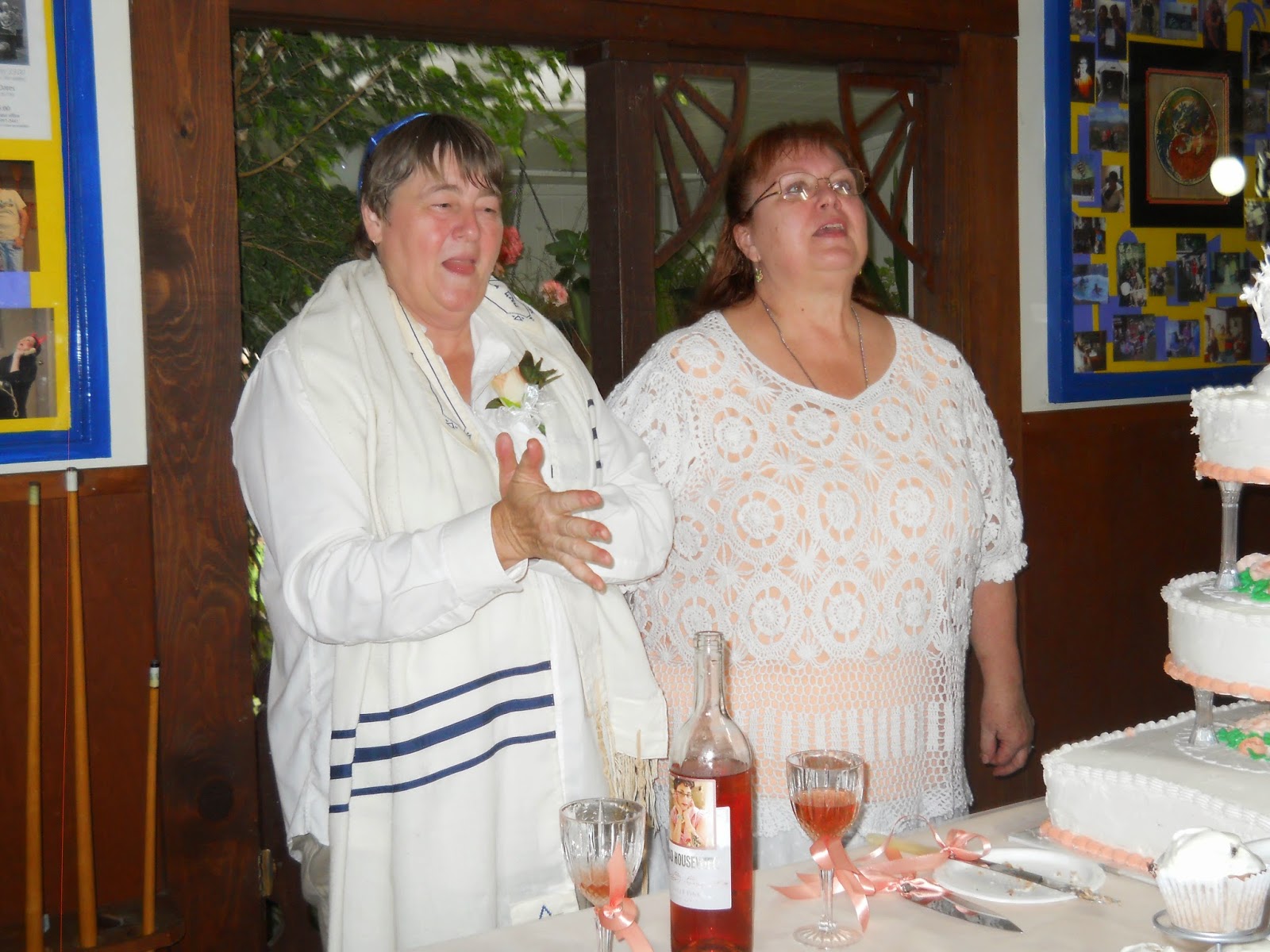 No time to breathe between ConDome and SoonerCon.

I’ve been volunteering for SoonerCon for years and try to help as much as possible. With Rory’s illness and passing I didn’t do anything but show up for the convention last year, and not much more this year. I did help with a few things right before the convention this year and of course I was on panels. I have to say this was one of the best conventions EVER!

I had a wonderful time hanging out with old friends and comrades in chaos. (Y’all know who you are.) Though I couldn’t possibly list all the new friends and contacts I made at this year’s SoonerCon I have to mention a few I simply fell in love with over the weekend: Jenna Green, MattFrank, and especially Nate Bright. 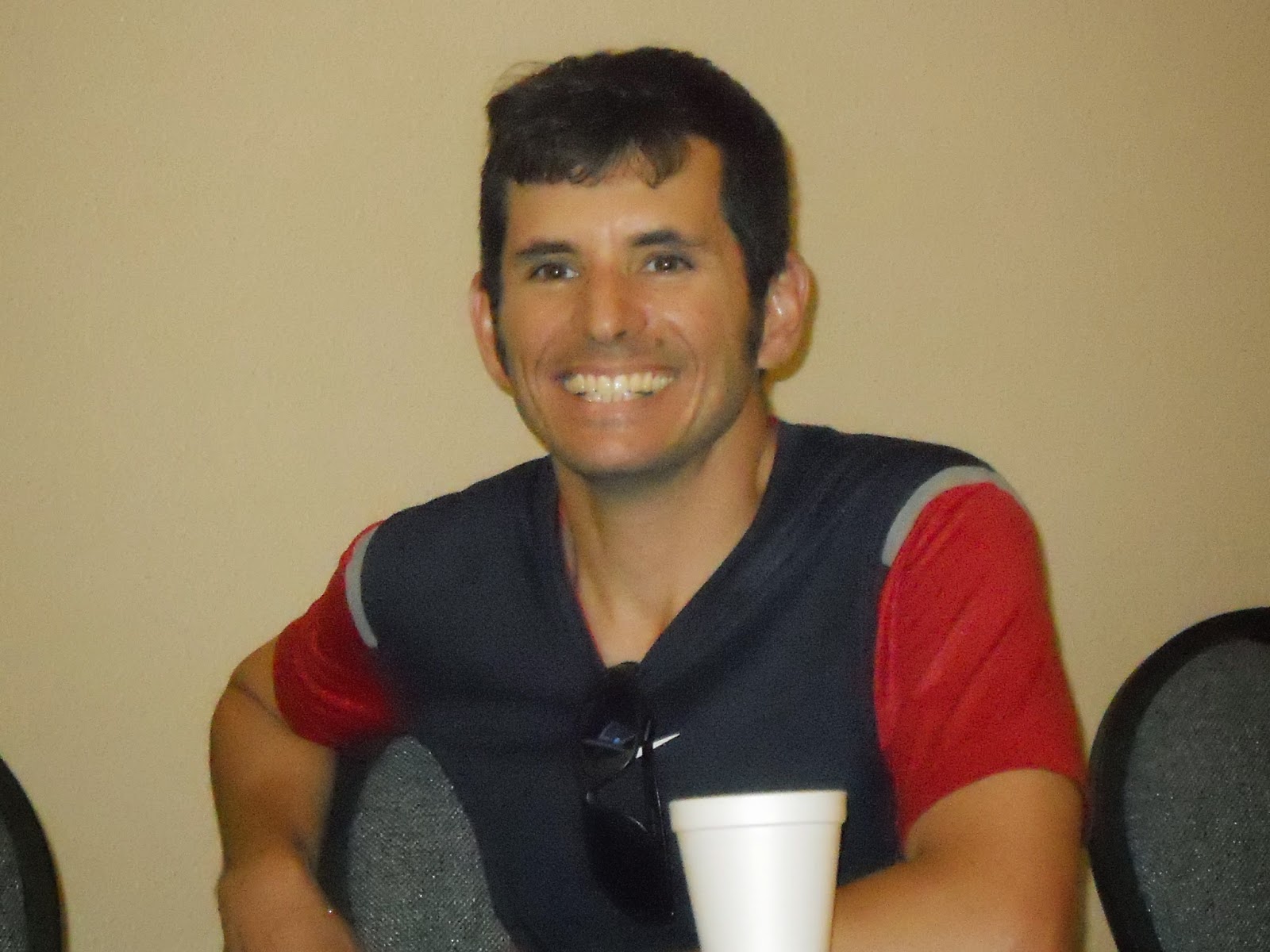 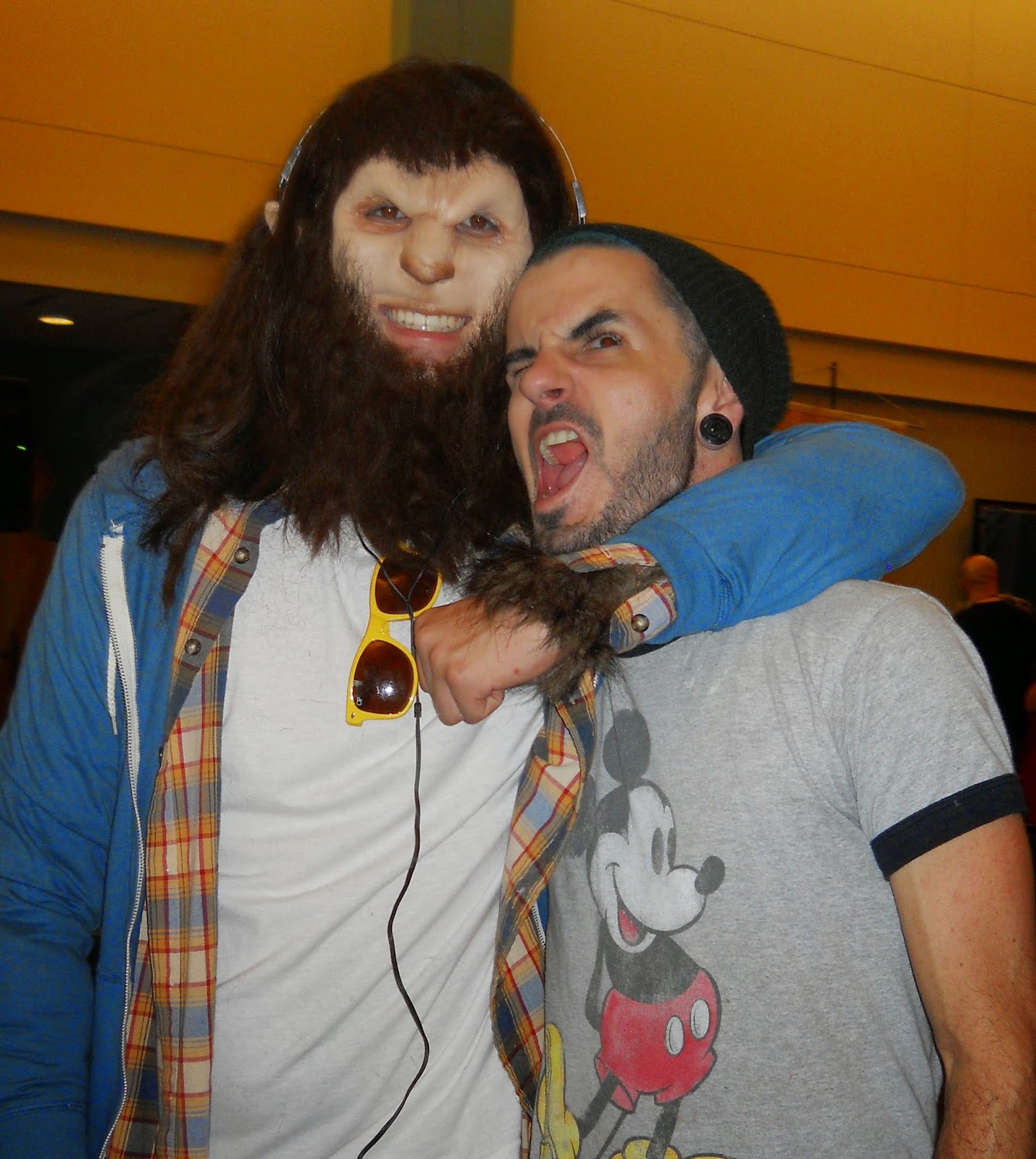 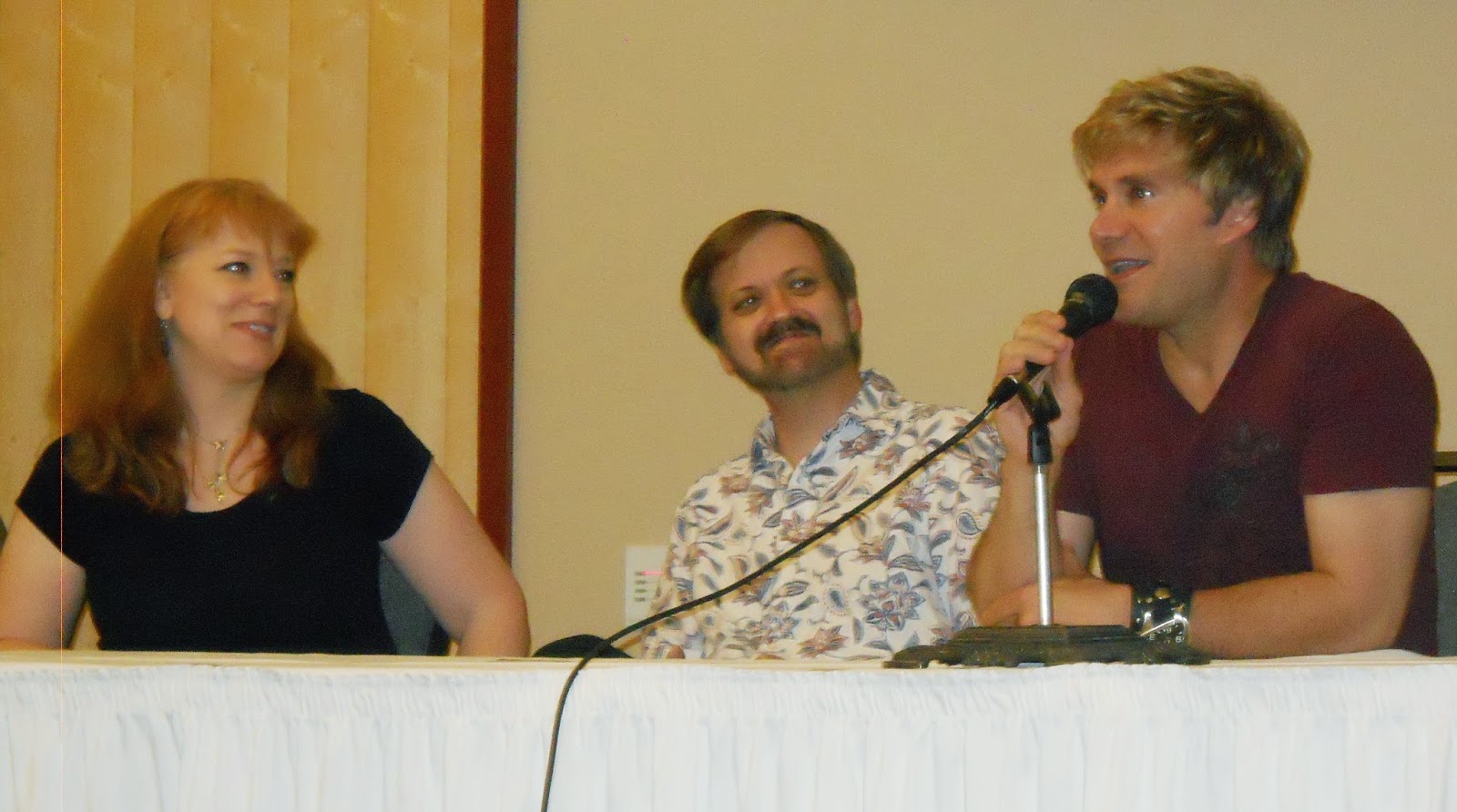 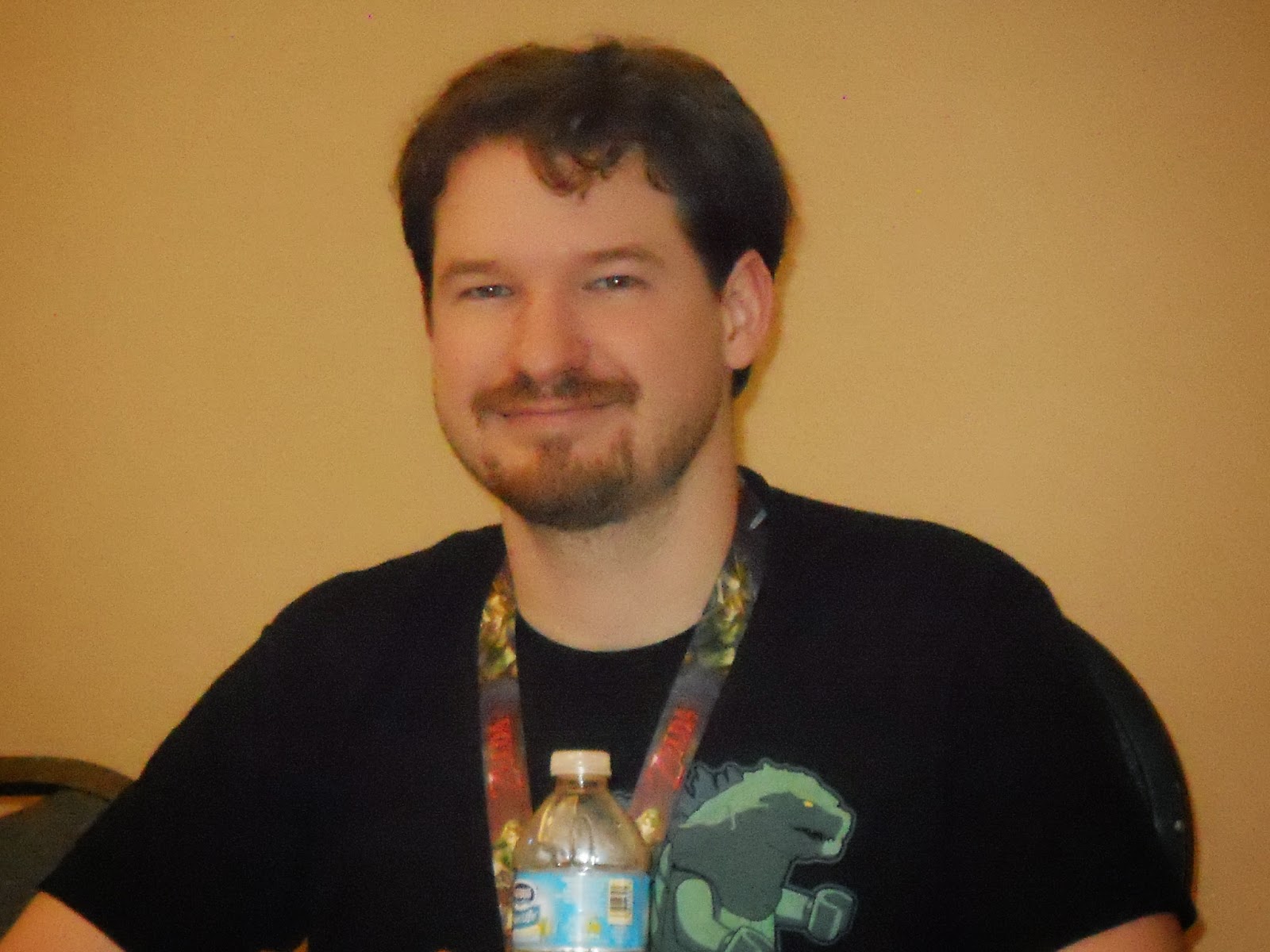 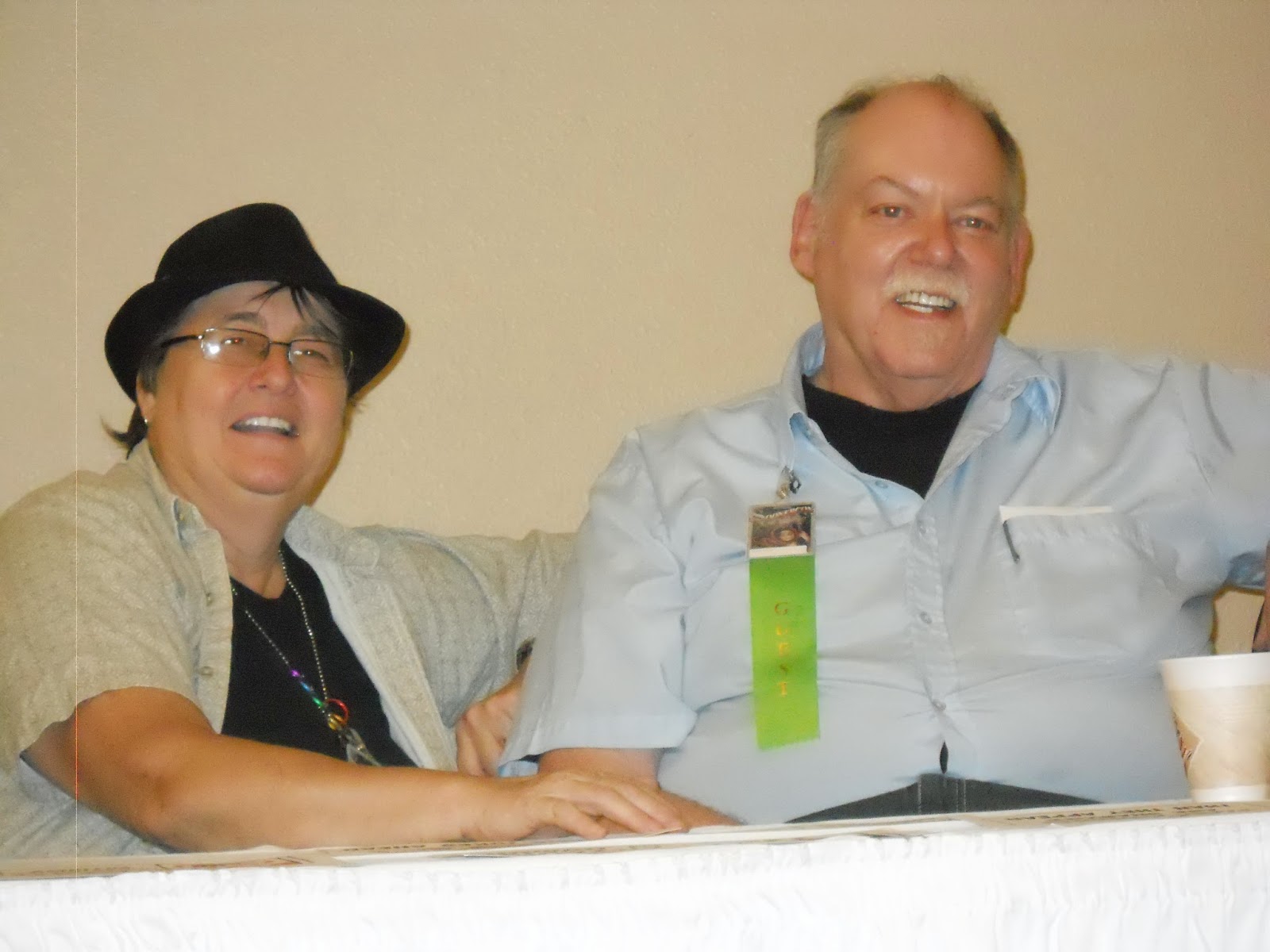 I had an offer to return to Florida for mid July but had anticipated my mother would be having surgery in July –hasn’t happened yet- so I turned down the invitation. Hope she has her surgery soon because in 61 days I’ll be a panelist at FenCon,  in Dallas/Fort Worth Sept. 26-28 2014. Y’all come.

At the moment I don’t have any other appearances pending for 2014. But you never know in this business. I may get an “offer I can’t refuse” any moment. If so I’ll give you a heads up. I intend to spend the rest of my down time writing, as soon as I finish mowing the lawn. Must invest in a riding mower.

Til next time: Keep writing.

Remind your family and friends that an author’s work is never done. We are always writing, even when we aren’t pounding our fingers to the bone on the keyboard or scribbling on our note pads.

Writing is one of the few jobs one can actually perform in one’s sleep. Dreams turn into magnificent manuscripts.

Popular posts from this blog

Having an Unhappy, Unproductive New Year

Twelve days into the New Year and I’ve only written 300 words.
I succeeded in writing 50,000 words in one month for NaNoWriMo Nov 2017, and challenged myself to write 50,000 words a month, every month, in 2018.
I am not off to a glorious start.
I need to write 2,485 words a day to complete 50,000 words in January.
I’ll never make it. I just know it.
Of course, if I have a few of those 4,000 word days, like I had during NaNo, I just might make it.
I blame my lack of accomplishment on the flu. I contracted the demon disease a few days after Christmas, and I am not fully recovered yet. During my convalescence I haven’t felt like doing much more than sleep, eat, and watch TV.
I actually started to binge watch The Good Doctor. I’ve heard great reviews on the show, but hadn’t seen it yet. So, I watched the pilot, got all excited about catching up on the series, and realized they skip from S1E1 to S1E7 on Hulu. Argh!
Did binge watch Star Trek: Enterprise on Netflix. Just looking …
Post a Comment
Read more

September 11, 2017
OWFI IS CELEBRATING OUR
50TH ANNIVERSARY
CELEBRATING OUR LEGACY, FORGING OUR FUTURE May 4 &, 2018
Once again, I am happy to serve as OWFI’s Banquet Table's Reservation Chair Person.

There is a MAJOR CHANGE in TABLE RESERVATIONS this year!

All table reservations will be made ONLINE ONLY.

The maximum number of tables a group or individual may reserve is a total of TWO.

We have a limited number of tables available for reservations.

Table reservations are $20 per table, per night.

Table reservations are a fund raiser.

Tables are not reserved, or assigned, by OWFI officers for individuals or groups.

Every person registered for the banquets is guaranteed a seat.

You do not need to reserve a table to be seated at the banquet. My crew, and I, will personally assist everyone in finding a place.

You may want to reserve a table if you have several people in your group who wish to sit together.